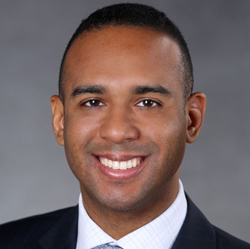 Mr. Hernandez’s years of litigating matters through trial and appeal in both the private and public sectors enable him to provide pragmatic solutions and recover meaningful relief for his clients.

Prior to his service with the federal government, Mr. Hernandez served as an Assistant Miami-Dade County Attorney at the Miami-Dade County Attorney’s Office. As an Assistant County Attorney, Mr. Hernandez was the trial attorney on numerous litigation matters as well as the in-house counsel on a plethora of regulatory and transactional matters. He represented numerous County departments, including the Board of County Commissioners, the Mayor and Manager, the Property Appraiser and Tax Collector, the Finance Department, the Supervisor of Elections, the Police Department, the Fire Department, the Department of Transportation, the Department of Environmental Regulation, the Port of Miami, Miami International Airport, Jackson Memorial Hospital/the Public Health Trust, and the Department of Film and Entertainment. Mr. Hernandez managed a wide variety of civil cases and trials in federal and state court, including tort/wrongful death cases, tax cases, commercial cases, section 1983 civil rights cases, employment cases (Title VII, ADEA, and ADA), municipal bond cases, and high-profile constitutional/county charter litigation.

While at the Miami-Dade County Attorney’s Office, Mr. Hernandez handled numerous high-profile and complex matters, including the case of Braman v. Miami-Dade County and the Florida Marlins, where a billionaire businessman challenged the County’s ability to implement a multi-billion dollar large-scale redevelopment project that included the construction of a baseball stadium, tunnels to the Port of Miami, the Miami Art Museum, further development of the Performing Arts Center, and the funding of community redevelopment agencies. After Mr. Hernandez successfully tried this matter under intense media scrutiny, the Daily Business Review selected Mr. Hernandez as a Finalist for the “Most Effective Lawyer Award” in the field of Commercial Litigation.

United States District Court for the Southern District of Florida

United States District Court for the Middle District of Florida

United States District Court for the Northern District of Florida

United States Court of Appeals for the Eleventh Circuit

Hernandez Lee Martinez, LLC
9190 Biscayne Boulevard, Suite 204
Miami Shores, FL 33138
(305) 842-2100
(305) 842-2105 fax
info@hlmlegal.com
The information you obtain at this site is not, nor is it intended to be, legal advice. You should consult an attorney for advice regarding your individual situation. We invite you to contact us and welcome your calls, letters and electronic mail. Contacting us does not create an attorney-client relationship. Please do not send any confidential information to us until such time as an attorney-client relationship has been established.